Beginnings of a Long Ending that Never Really Ends

Last Night:
Time flew by tonight. There was none of the sweet drag of slow words. I have written a lot this evening. I recall the late winter of 2010 as being similarly verbose.  Does that mean I am going to lose my mind again this summer? Not necessarily.
I’ve been off sync all day. Leave for work late, get there early, forget what time class started – walk in casually ten minutes late to find students seated and patient.
I am notorious for being absent-minded on Friday afternoons, eager for the day to be over, so that I can go home.
Being at work is hard for me.  I love my job. I really do. At least twice a day, something happens that teaches me some powerful something. I don’t intend to use teaching for my own edification. This is just something that happens in human exchange and is the foundation of mutual aid.
Mutual aid is a simple idea. People helping one another by mindfully interacting with one another in a way that is empathically/compassionately oriented. The process of being respectfully real and honest with other people, of connecting with them on the level of cognitive/emotion and shared reality, rather than the superficialities of rote role and script, caution and hesitation.
The beauty of mutual aid is that once the ethos is established, people don’t have to say a word to support one another. All they have to do is be there. Be present.
That’s another joy…mutual aid can take place anywhere – in the smallest of interactions.
Why are we so suspicious of kindness?
Why does the word itself seem hokey?
Actually, I’m not even sure it’s kindness I am talking about, perhaps it is consideration?
The Other Side of Paying Attention
It is hard to be present in a singularly expansive manner with other people for a long period of time. The mind wanders, speech falters, drifts off.  I want to stop listening.
I think I’ve referred to it as communication shock.  I get cagey. I fidget. I use my hands too much. I feel too much, I feel too little. I say strange things that make sense to me, but nobody else. Or, I say things that don’t make sense to me, but that people seem to understand.  This is the result of social stress of prosocial involvement with ordinary people.
It is hard to pay attention to people.
It is impossible not to.
I like people. They wear me out.
I am still, very much, in Recovery.
We all are.  Every single person on the planet is recovering from something.
My brain works differently now than it did before.
I am smarter in some ways, deficit now in areas of previous strength.  I tell myself it will all balance out.
“It will all balance out.”
That’s what things do, they balance.
If we let them. If we pay attention. It’s the call and response, the cause and effect, ebb and flow, wax and wane.
It’s in seeking of equlibrium. I wonder if the mass of the connected Universe is tilted in such a way that we keep in constant motion.  They say the moon pulls the tides.
I don’t know if that is true.
Maybe it is the gentle rocking that holds it all together, like water in a bowl, spinning back toward the center, splashing the sides.
Perhaps the tides correspond with the moon because of spin and shadow, rise and fall.
I should probably do some research on this.
I am, however, fond of the simplest explanation.
Really. I am.
It is all very simple.
Nature and force, current and flow, field and object…
I think I seek refuge when I think about the Universe or something very small, like a particle or a leaf or a crow flying over the interstate.  It has been apparent for a long time that mindfulness is vital to me.
I try to use it wisely, in whatever way I need to at that moment – depending on what is happening in the world my heart inhabits…which is, thoroughly, this one.
It is a big place, this old world.
I am so tired all the sudden.
This Morning:
I am not tired at all.

There are layers of sound. Birds at varying distance, the drone and lshwrlshwrls of cars passing scattered, a sound that covers all the other sounds.I think we’re scared of cars, for good reason.Cars kill.I drive a lot. I do. I love driving. It has always been fun and poignant for me.  (See below text re: Radio in Cars) If you grow up in a place where there is nothing to do, you end up driving a lot as soon as you can. I suppose some people go in loops and circles. orbiting home.(Orbiting Home is a phrase I like and I am going to keep it to use…other people can use it, too. They may have already or may be about to shortly.  Words and ideas exist under Commons. The stories are our own, however. Nobody will ever read them as we read them, tell them as we have and as we would.)I got into the car, and I kept going. I have always liked the roads. When I was little, in the backseat – I’d look at the woods slide by, flat and southern, and watch the geometry of the pine plantings IxIxI and think about how much space there was between the edge of the highway and the edge of town. The woods always held the sweetest shade and they looked quiet.  No Trespassing signs were nailed to the trees themselves, sometimes a crook-post wire fence ran through the weeds.We were explorers.We had nothing else to do. We’d take every road out of town and stop the car where we felt like it, walk in whatever direction we found, scattered at first – where does one go in the middle of nowhere? – and then easing into the landscape, finding a place to sit, an old shed to breathe in. 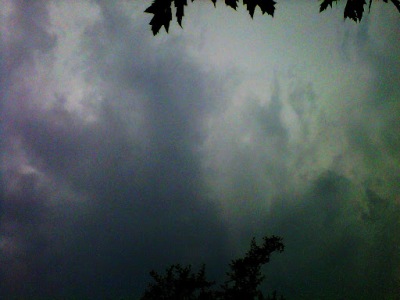 I am a connoisseur of overlooked and forgotten places. Though I don’t explore physical spaces much lately.  I am often to busy exploring the territory of ideas and feeling, which is what I was doing then, too…trying to figure out how a space could be so alluring, measuring who I was within that space…how small I am everywhere.(How was it that a rooftop parking space was not deemed so lovely as the museum inside? Wasn’t a bird on a wire a work of art? Didn’t the words on the building evoke a sense of deep enough history?  Was the sky an imperfect blue, the soundtrack without rhythm?)I have always been easily entertained, but it’s hard sometimes to have fun doing “fun things” – most of them just seem bizarre, and that can be fun in itself. However, Fun Activities tend to be tiring and require an enormous amount of effort at times to rally/modulate the appropriate response to things that are formulaic and noisy, crowded and costly.I remember a time that I was sad, I was down by The Steps, which was a place along the river with a wide sandy bank, shaded by lateral oaks and tangled with yaupon holly and sparkleberries.  I was sitting there, deeply despondent. I couldn’t stand anything. Everything was terrible.


My father walked across the pasture.“I’m sorry you feel bad, Faith. I’m so sorry.”Pause.“Do you want to go shopping?”

One thing that I deeply appreciate is the stretch of road I drive three times a week.  There is nothing to do but look around and the sky is massive just east of Mills River and The Forest is everywhere for a stretch, around a bend, where – usually I am in full radio mode and deep reverence, listening to Katy Perry, Kelly Clarkson, and The Fray…whatever comes on, save for a few songs that I use as cues to shift to the more dance-y station, also a Clear Channel I <3 Radio station…this is after the airport, when the independent (Asheville Radio Group) 98.1 drops into another distant 98.1 and cryptic alt/rock/big indie begins to collide with popular rap and then they both fall into static and I do my pop study of I <3 Radio.The I <3 Radio Rock and Country stations are interesting as well, but I listened to Rock and Country radio for all those years of drivingdrivingdriving and right now I’m into Pop.It is, as you know, all very fascinating.
I listen to the stories, the themes, and bounce them around with my own, study the undertones of the songs – there are many these days and think about music and feel GIGANTIC.I think it has something to do with gratitude and confirmation.Meaning that I use the songs to reinforce my certainty of the spectacularly wondrous fact that everything is precisely as it should be, and the music itself bolsters the sense of delighted and dance-y self-affirmed reverence.When the radio sucks, it reminds me that I need to get my shit together.  A bad radio day is rare. None have ever topped the bleak day when 102.5 dropped off the air entirely and then came back on with an instant repeat of the supposedly candid morning blather which skipped and stuttered like a bad CD. The blather repeated with the same announcement of a Rob Thomas song and then the station fell again.  Out of nowhere, George Michaels begins his declaration of guilty feelings got no rhythm amidst the worst smooth jazz saxophones ever recorded.  (They sound like snakes!) The announcements blare over, still repeating what they had said five minutes ago – to the syllable and chuckle – and then it was Rob Thomas OVER George Michaels.Like I said, worst radio day EVER.(Except for the early Saturday morning that 98.1 simply was not on the air at all for about 45 minutes. All the other one’s were, but not 98.1 – it was gone. I got scared. Then it came back, as if nothing had happened at all. That was a bad radio day.  Interesting though.)


I’d be willing to bet that most people who have referential delusion are really just meta-analysts/gestalt processors with dull constrained lives.

Note: The upload platform for Blogger does not run well on Linux.  I can’t scan anything lately. So, pictures are more scarce here than they have been in the past.  However, there are plenty in mind.