By cloudcalling April 25, 2012
While Faith all that you say is true it is also true Our Movement is being absorbed by the Borg.The proof, look at the multitudes suffering, look at the funds available for purely peer operated solutions. Look at the survivors and their ideas and hopes and real knowledge. Everything has been asimilated by the Borg except for what? The truth must be spoken. Sincerely, Someone from Emailville.
Tue, Apr 24, 2012 at 5:32 PM
(It makes me really happy that I wrote this mini-essay in the midst of a City Council meeting.)

While I am not entirely sure of the specifics of said Borg, I am assuming you are referring to the term Cyborg as a human/inhuman force of systems of profit and power that take on a life of their own and place their pursuit of dominance over the interests of the human beings that it relies upon to survive? Or something to that effect?Corporate domination does rely upon human beings to participate. Systems of profit and power are very much parasitic in nature, reducing human beings to little more that commodities that are coerced into deleterious and dangerous consumption.The ways that this is accomplished are both direct, in the case of coercive psychiatry, and indirect, in the case of the culture of Normal which requires people to buy a lot of toxic and insulting stuff that they don’t even need and are deluded into believing they want.The end result is a humanity which has been made subjugate to the ideas and practice that benefit corporate domination. This is why Occupy APA is vital to Occupy and to the Global Revolution. The principles we seek to clarify and disseminate are absolutely vital in understanding how fascism and corporate abuse operate.
People will not be motivated to change the systems until they understand the nature of that which they are complicitly participating in.This will not happen unless we (as we do in our working with people in recovery) “meet people where they are at” and recognize that even those who perpetuate toxic ideas and, within these ideas, perpetrate harm upon people deserve to be seen as having the potential to change.
I approach healing our systems with the same measure of hope and encouragement as I approach the healing of those who’ve been harmed by them.Within Systems of Profit and Power, we are all denied some measure of our human rights and, it’s true, some are far more oppressed than others. However, even those who profit from their participation in systems that hurt people are themselves hurt…even if they don’t yet realize it. They have blood on their hands and that is a shame.Corporations have left our government to clean up their messes and bail out their bad business. The government has been sadly complicit in this. Narrow interests have spent billions on War, leaving little for necessary services – in areas such as education, mental health, and – tragically – Veteran’s benefits and protections.Most of the people who work within systems understand what is wrong and see the ways that people are diminished in the shadows of systems, but a small and corrupt network forcefully sustains these toxic practices.These networks of collusion realize that they rely on people to participate complicitly and this makes them very vulnerable.They have shown the lengths to which they will go to suppress human rights and the severity of the measures taken are a good indicator of the fear that they must feel.People will wake up and begin to speak.  We will begin to realize that under these Systems, we are all the same.  Because systems of profit and power exist, we are all oppressed in our own stories…whether or not we realize it.

Together we will rise, each in our own way. 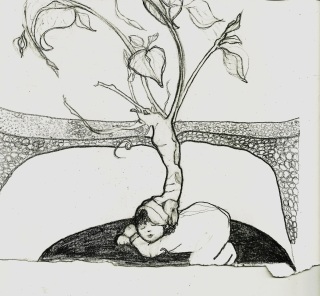 {“Madness, provided it comes as the gift of heaven, is the channel by which we receive the greatest blessings.” _Socrates.}
I think we recover from the human condition when we begin to understand that it may not be what we thought it was. Shifting worldview and the lexicon of understanding is so vital in recovery. The ugliness that surrounds the word “psychosis” created an enormous amount of dissonance in my personal experience. How could the most beautiful clarity and sense of understanding I had ever felt possibly be…sick?
How could a state of grace be something that needed to be medicated?
I think that some people do have sensitivities and I believe that some may be more neurologically prone to flights of exaltation than others. However, it seems to me that everyone is privy to this basic element of our human construction, the ability to feel deeply and personally connected to the world we live in. It saddens me that our culture so often denies us the right to understand how our minds work, how our hearts work, how our sense of spirit works. I am, more and more, beginning to feel that some very basic human rights have been violated for a long, long time.
Thanks so much for leaving such a thoughtful and storied comment. There has been some amazing dialogue on this subject going around. People are having some very intelligent talks about the dynamics of function and idea that exist between psychosis, neurology, and spirituality.
Accidental inquiry into grace and sentient understanding were driving forces in my last long period of…um, experiencing my humanity. 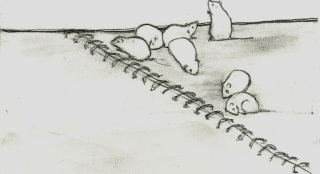 This quote is especially useful in considering both hand-held devices and their mother-servers as well as psychiatric medication.
We make our tools and thereafter our tools make us.