Where I Am At and Why I Am Here 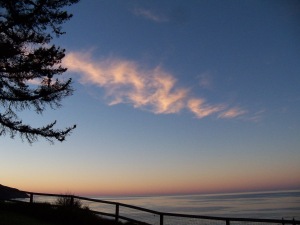 It was months ago when I received the invitation from my friend and mentor. I read the words and they sunk in sharp like a dream.  I’d be lying if I said that it didn’t make sense to me. It made perfect sense. This is not to say that I wasn’t surprised. I had expected it to take longer, years even, before I’d be in a position to participate in such a thing:

Institute on the glorious Big Sur coast from November 11th to 16th! This invited Esalen Conference (all your expenses but travel paid), will be presented under the venerable Esalen Initiative called- “Alternative Views and Approaches to Psychosis” that began in the 1960’s and has been dormant since 1987.

Esalen co-founder Richard Price who died in1985, was himself diagnosed with Schizophrenia in1956. He was given electro and insulin shock treatments and forced medications while in forced hospitalization. His suffering was the impetus for Esalen to embrace those in need of alternatives to what was wrongly forced on him.

Dick later wrote that his – “So-called “psychosis” was an attempt towards spontaneous healing, and it was a movement towards health, not a movement towards disease…in some categories it would be called mystical, really a re-owning and discovery of parts of myself.”

Now, the Esalen Center for Research and Theory has chosen to convene the November invited conference in a full revival of the initiative on alternative approaches to madness!

The Esalen CTR currently is managing important local and international initiatives on conservation, environmental sustainability in the global economy, and fostering better relations between Islam, Judaism and Christianity, and more.

Previous Esalen initiatives sponsored by the Center For Theory and Research, in addition to alternative views and approaches to psychosis, include a long standing initiative on international relations which played an important role in Soviet-American detente. Other important initiatives have been on humanistic psychology, holistic medicine, governance, theology, social outreach, physics and consciousness, sports psychology, women’s studies, environmental studies, and more.

All of these Esalen initiatives have proven to be pioneering efforts that have exerted lasting influence in those respective fields and on the broader culture. These initiatives can be active for decades, producing lasting societal change which is the intended mission of the CTR at Esalen.

Invited conferences were and are the primary vehicle for beginning and advancing these paradigm shifting Esalen initiatives. The November gathering that you are invited to attend will be in the lineage of decades of memorable conferences where pioneers like Esalen co-founders Richard Price and Michael Murphy, R.D. Laing, Gregory Bateson, Erik Erikson, Abraham Maslow, Joseph Campbell, Julian Silverman, Alan Watts, Fritz Perls, John Weir Perry, Allen Ginsberg, Claudio Naranjo, Stan Grof, Michael Harner, and more- all gathered at Esalen for sometimes up to a month at a time, to discuss and create an expanded vision and understanding of psychosis and how to best respond.

An equally important, sustained task and short and long term goal of these conferences was how to apply this expanded vision in the real world- how to develop better, heart centered ways to respond to madness than with traditional psychiatric practices.

We will do both at the November conference too.

That previous collective effort evolved into a broad vision of madness that attempts to understand it’s mystery and deep meaning. Psychosis came to be seen as a developmental and purposive process, with pronounced archetypal and spiritual themes and content. It was seen as potentially initiatory and transformative if offered a receptive space to complete the process of renewal, as Jungian John Perry described it. The emotional and symbolic expressions of madness were understood to take place in, and were created in, the interpersonal and intra-psychic world of the family and of the broader culture. Psychosis was not seen as a bio-genetic brain disease.

Real world change did happen as a result of the previous conferences. The largest ever NIMH funded first episode psychosis study, was initiated by Esalen at Agnews State Hospital. The three year follow-up efficacy results of a remarkable 75% lower re-hospitalization rate for the group of psychotic young men who received placebo versus those who got Thorazine, were used to get funding to open both John Weir Perry’s Diabasis House and the I-Ward medication free madness sanctuary where Michael Cornwall worked.. Those Agnew’s results also supported Loren Mosher’s work at Soteria House.

We are inviting you and over 35 of your comrades, who are known for having the most fire in the belly for making things happen, to take part in planning and then going forth to begin creating nothing less than an alternative continuum of mental health services, for those in madness processes.

We aim to do this over time for people in all madness processes- from first episode, to people who have been psychotic and on medication in the system for years! Our expanded view of psychosis says that by definition, anyone who is in a madness process is in an archetypal process. The spiritual dimension of madness does not just exist for those in a dramatic first or early episode experience..

The sustained Esalen initiative effort that we will undertake, will work to transform services that are already in place, and to create new, holistic services that are now missing from a full spectrum of care.

Getting together for these five days will be like a gathering of the clans or tribes, where we will both support each other’s current vocations and projects, but we also will come up with innovative designs and funding plans for transforming current programs and starting new programs.

Those of you who are interested in developing holistic clinics staffed with psychiatrists, therapists and peer counselors could be in one work group, people who are passionate about developing 24/7 Soteria/Diabasis/Open Dialogue sanctuaries in another, drop-in centers, respite programs and longer term program leaders will form in other groups- a hospice care, a media/public education work group, and an academic/research work group, are all just some of what we may develop together!

If you have never been to Esalen it is magical! It is a place where ideas come forth that seem inspired by the awesome setting and nurturing baths, and the gathering of souls from around the world who seek renewal and clear vision there.

We sincerely hope that you can join us for this historic conference! 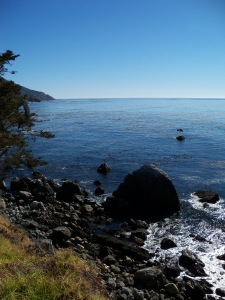 Yesterday, I woke up at dawn and my head and heart were filled with the familiar feeling of vision. I sat on the cold ground as the sun rose and I held the potential outcomes in my mind like a wish well-worked-out. I am careful what I wish for, because my wishes often come true.

Take this trip for instance, this conference. I find myself sitting in a sacred circle with new friends and old mentors. More than a few of them have contributed to the body of ideas that literally saved my life.  On the first night, we were asked to share why we had come, how we came to do this work. My story is long, but it can be summed up in simple words, like Truth and Love, Dream and Calling. 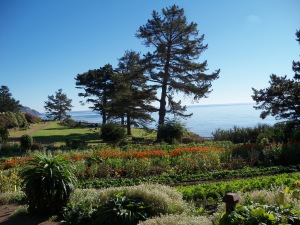 One I have held in my palm

taking up the salt from my sweat

and the heat of my body

One that has been stirred into life

by the small drum of my heart

This seed greeted the dawn with me

and it told me

in its quiet voice

Do not hold onto me

for fear that I will not grow

Do not doubt that others will believe

in the life I hold.

It does not matter what they think.

Trust that they know my potential

and that they will smile

as I settle into the earth

and that they will feel the garden

This is how the world was born,

and how it is reborn, 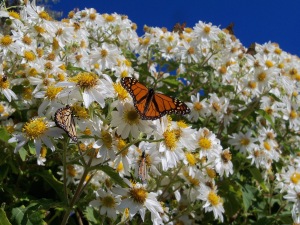