The Where and What of It

We don’t know where we want to go.

I think we want to feel young. We never got to. By the time we were old enough to be free, we were already bound, already tethered by some fear that wouldn’t leave us alone.

It followed me down the interstates, always at the edge of the red in the rearview mirror.

We couldn’t relax. We had to leave the party. We never got to forget about the future, because it was already stained by the past and the names of towns rang in our ears like scars and enemies, places we would not return to, places we could not get away from.

I remember the day that I looked at a map and I didn’t want to go anywhere. This entire huge country was spread out in shades of buff and beige, some gradient green for the mountains, with the water such a beckoning and constant pale blue and cities like snarls of rust and wire.

The lakes looked a little inviting. They looked like mistakes.

…but, I didn’t want to see any of it close up. I could not imagine that any of the lines might lead to somewhere I wanted to go. I remember the day that I realized I was tired of travelling.

I wonder what the world was like before there were maps, before there was direction. At some point there was only the sun and the edge of the field, landmarks in the form of mountains and valleys, water that seemed like it might lead to…

Some came back and others never did. Some disappeared forever, gone ‘cross the mountains to make maps of lands that were not theirs.

If you can name the shape of a thing, if you can claim to know it…it feels a little like its yours. You can draw lines to show where one part ends and another begins.

We’re all children, with life and death games.

When I was very young, the town we lived closest to was not on most maps. My parents showed me where it would be if it was on the map, but there was no name there. I liked that. It was as if I was living in a secret, a place that might not be found.

Those acts alone can destroy a place, can’t they? 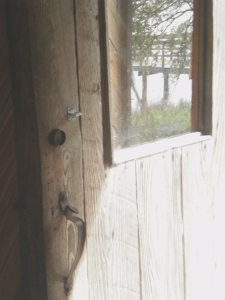 One thought on “The Where and What of It”