Keep in mind that I am an artist, an analytical thinker, a person with a good heart that sometimes veers toward unbridled wistfulness…hope.

I am an underdog, and this blog was written for all the beautiful losers that nobody ever took seriously.

The meek will inherit the earth. 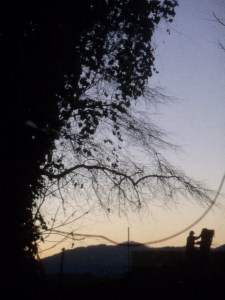 Urgh. I have – on this one single day – limited access to this blog to only myself, changed its address to http://www.geniusweirdotriestoprovegod.blogspot.com, and almost deleted it…I simply do not know what to do with it. I thought about how my family would probably be relieved if I deleted it and it made me sad to think about that fact. I made a sequenced back-up of the content. From beginning to end there are over 1,500 pages here. A lot of it is pictures, but there are about 285,000 words, too. That’s a lot of words. Probably about 1/2 of them I shouldn’t have even written, but I wrote them anyway. Trying to keep myself entertained during a deserted summer, letting my imagination run free for the first time in years, trying to push something more interesting and hopeful than death and shopping into the second-string news:
‘Genius Weirdo Tries to Prove God’ 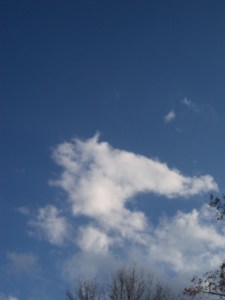 In my walking and talking life, I tried to explain that I was okay. It was hard to try to hold the whole world and all its history in my mind…to try to accept the things we’ve done, the things we are doing. A lot of it is, to me, simply unacceptable. I felt like this was a necessary inquiry…whether people would be interested, would listen, would care? These are important questions.

I didn’t set out to try to prove God, but when I thought about the subjective nature of it all and then began to consider the possibility that all our stories are connected in ways that are as evident as clouds…well, it seemed important to me. I am, as I have said before, very naive when it comes to people. I am skeptical when it comes to a lot of things, but I – like most people – know what I know. However, I sometimes forget that other people don’t know what I know, nor do they care to. 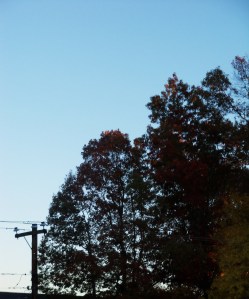 I don’t really know/think much about religious prophecy, but have had plenty of people come to my door over the years. What are all these people waiting for the big comeback going to do when/if it happens? Do they even know what they are looking for? Do they realize that it is entirely likely that their Messiah, by any name, is going to end up with his drawers down in some psychiatric wing, getting some toxic shot? People think that they’ll know, but will they? 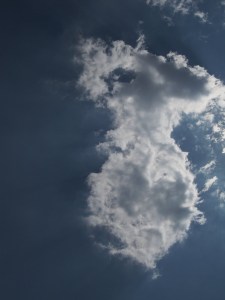 If someone had, perhaps, just been nice, extended a hand in kindness rather than judgment – it never would’ve gone as far as it did. I didn’t understand how people could be so shut down, how they could read this record and just let it go on and on. There is a lot of pathology here…yours and mine. I am not as strange as I wrote myself to be…not by a long shot. I am actually fairly dull. However, when I realized that nobody gave a damn, I upped the ante, and then I upped it again…never lying, but flexing the limits of subjective possibility, for sure. If I appeared close to crazy, it was the result of that sadly crippling surprise…to find that people would be so content with a cold and ugly interpretation.

I think my heart was broken…for everybody, pastpresentfuture…for oceans and land and Florida panthers and honeybees in collapsing colonies and polar bears – for every living thing that’s being wrecked by our fleeting human interests of power and profit.

Yes, I admit it, I wept for polar bears – for the thought that they may not exist by the time my children are adults. That kills me.

Funny, I figured out God, but I still can’t figure out people…why aren’t we all weeping for the tragic mess we’ve made of so much possibility? 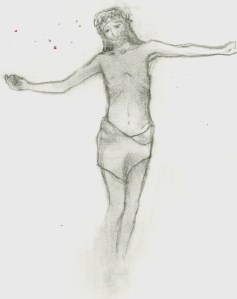 I am leaving this blog up. Though I wish I hadn’t pushed it as far as I did, well…I did…and, believe me, there have been costs. However, I think there is value in this story. It speaks volumes, about you…about me…about all of us and just how lost we can become in our little views of the world and of one another…we erase so much possibility…so much good.

We always have a choice in where we choose to put our hearts. 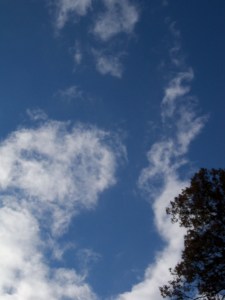 (This is a hard project for me to end. I mean, what are you supposed to do when, on your own, you piece together one of the biggest puzzles of all times and nobody even cares, just ’cause of their finite stories, all of which indicate the same God, the same process? Really folks, the pineal gland and the electromagnetic field and God go back a looooooong time…I would be willing to put money on it…if I had any money:)

It is entirely possible that the sky is an instrument. 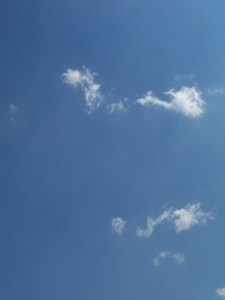