The Morning Redux and More

I’m having that bothersome twist and stretch in my temporal perception again, when weeks and days feel segmented from one another, or hours too long, days too short, last Tuesday feeling not just a lifetime away but like someone else’s life entirely.

This morning, having not prepared for creative writing class at all and smote down with a persistent headache, I offered up the writing prompt, “Spend a few minutes observing and describing your morning, not just what you did, but how you felt and, if you can remember, what you were thinking about. Describe the details.”

We had been talking about all the different ways that anything could be perceived, the various levels of experience and emotionality, significance, action, and the thoughts accompanying most all of our waking moments.

“Let’s write for 10 minutes, don’t edit yourself, just write down what you can of your morning, even if it’s in a list form.”

Depending on the scope of the details, most people didn’t make it much past waking up, a few others wrote themselves up into present time, which was 10:30am and so was technically still the morning, only a couple of hours into it for some. One person went back to bed after showering and a dog was finally roused for a walk right before their owner had to leave. A story from the day before had been on someone’s mind and so a different dog ran up onto a porch in the late-afternoon, hassling a family inside and away from their tea.

Everyone was amazed by how much can happen in so little time.

It would make sense for me to then write about my morning, about the hundred small events that led to my scratching a pencil across paper in a semi-rural community mental health center, letting my cursive be as inconsistent as it needed to be to keep writing. 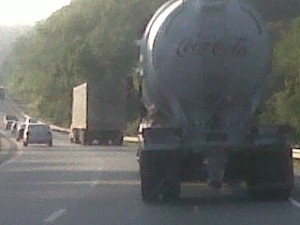 I found that I mostly wrote about what I was thinking, not mentioning my dog at all, how he didn’t eat his food this morning because he wants me to cook him swai for dinner now, and will not touch the shining pate patties that slide out in flat glutinous bricks onto his plate on the porch. I didn’t write at all about how my damp hand left small spiked streaks on the rabbit’s black fur, as I petted him while he ate his parsley.

I stopped writing when I got to the part about how much I miss a person that I really have no business missing at all. Writing, I felt, suddenly as if I might cry and so I stopped, because it was not a good time to cry.

“So, how was that? What was it like for you? What was your experience of writing about your morning?”

Right now, all of that seems like a hundred years ago. I talked to a friend of a friend on the way home, after stopping at a drugstore to buy feminine sanitary products, cotton swabs, and facial exfoliant. I did not browse. I went in, made my purchases and left, listening to the phone call go through as I pulled out onto the highway.

I cannot stand talking on the phone and driving, so I tried to make the conversations brief, something about space, a friend, a time to talk, and a little about the fact that I felt incredibly burnt-out and that there wasn’t much I could do.

I didn’t mention that my heart felt like a stone a lot of days lately. I didn’t make that claim until later, sitting in the backroom of a coffeeshop on a black and white cheetah chaise lounge.

“My heart feels like a stone. I’ve been contemplating that a lot lately.”

An hour later, the man across the room said that Buckminster Fuller had been made cross by questions inquiring of his thinking.

Apparently, he preferred questions of what he knew.

I know I think too much.

I think I know too much.

It just goes round and round.

If I wanted to, I could tell you about the several different ways that ROUND is a theme in this day, but that’s not what I want to talk to you about. I don’t want to explain the woman’s hair in the light when she talked about a Phish song that nobody had ever heard of.

I don’t need to spell geodesic.

I don’t want to prove to you how clever I am.

I want to tell you a story, a story about yardwork and birds.

The trees had come up a few years ago. They were maples, sprung from one blade copters caught beneath bricks, three of them.

“They volunteered,” I once said, smiling and standing on the steps.

“They didn’t volunteer,” there was a bit of amused disdain in his voice, “they grew. That’s what trees do, they grow.

The trees had gotten big. They had, in my mind and observation, seemed to grow with a certain strength and purpose. Yesterday, when I woke up, their limbs were touching the roof. I had known for months that the trees would need to be cut. I had begun to dislike them anyway. I appreciated their treeness, and the way they made my yard feel like a forest, but they blocked my view of the sky and made it so that I had only a small window between the maple and the sprawling russian olive to see the clouds. I can’t see the trees across the street at all anymore.

My father came over, and my mother, too. The girl went to theatre camp and the boy used the big pruning shears. We cleared out about 15 loose cubic yards of biomass from the yard and the hedgeline. 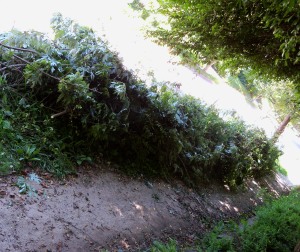 I used to have gardens.

Things, it is no secret, seem to have somewhat gotten away from me these past few years.

Though I’m doing quite well, all things considered, my yard was a forest.

I thought a lot throughout the day about how much I associate the smell of chainsaws with my father and how oddly comforting it was to be cutting down trees with him. Yet, when he took out the 2nd maple, my heart flinched and filled. It was not a sentimental sadness. I did not want to feel sad, but I did.

“Those catbirds must have a nest around here,” my father said as we cleaned up the tools.

“Yeah, they were out here this morning, making a lot of noise.” It was true, I had listened to them as I had my coffee.

This afternoon, finally home, I watched and listened as the catbirds hopped around in the branches and squawked. They seemed frantic in a way. I saw that one of them had a worm in its beak as it hopped from shorn trunk to shorn trunk.

I did the only thing I could think to do. I apologized. Then I called my mother, crying like I hadn’t cried since the Solstice. “They might have had babies and now the whole tree is just gone and they don’t know where it went!”

I can’t cry about a lot of things, but I sobbed at the thought of that.

I think I made a mistake, cutting down that tree. I could have just cut off the branch growing toward the house. I didn’t have to top it. There is something brutal about topping trees. I feel a little sick. I just wanted to see the sky from my porch. I was tired of seeing only those trees. What a foolish thing to be tired of.

I am not sure where this story is going, but I do know that it seems obvious that I am going to have to learn a lot more lessons from birds. 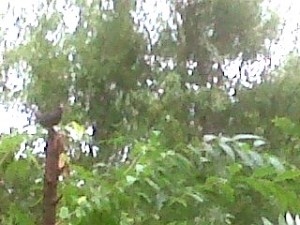 Other things that are happening:

Bradley Manning is a prisoner of war.

I am reading Joanna Macy and working on art.

I am finally finishing this piece that a friend asked me to work on.

It was my mother’s birthday today and I bought her a cupcake yesterday and my daughter was rude to me in the store and doesn’t that figure?

Everyday, people’s lives are falling apart in the most miraculous ways.

If they keep going, their lives might be put back together in the most miraculous ways.

If they stop at the wounding, they will remain wounded.

On Friday night, I wrote a poem about vectors.

“They seem to tremble,”
we observed
as a lake opened
at the very top of the Earth
and the birds would cling
to the rungs of the chain link
down at the Hot Spot
in the early morning
just the very next day
with a crack in the road
as the new attraction
up in between the mountains

A man stumbles to hold the door
smelling like yesterday’s piss
as the sun comes up
they all set cans
on the counter
and smiled at each other because what else is there to do?

“These vectors,”
(there is a shaking of heads
in a room that we won’t see)
“they don’t seem to work
anymore.”

the cure swarms across rivers
pushed by water
pulled down
and out of the ice
up into the blue to fall again
as rain that never touches
those most fragile wings
resurrected again
from a history
we can never know
while the ferns catch light and hold it under trees, trembling 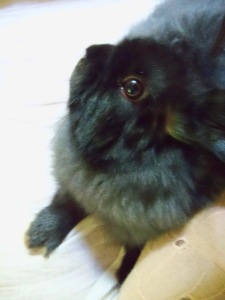 I did not stop.