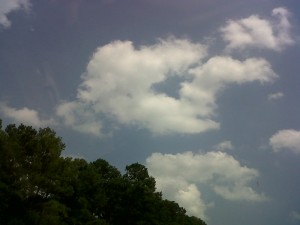 The girl wants me to take a picture of the water towers that we pass. They seem so old fashioned somehow.