May Day vs. Law Day

By cloudcalling May 2, 2012
It’s been a long day. I worked today, so that my coworkers didn’t have to and so that the students who rely on me showing up strong would not have to notice my absence and wonder if I was okay.


Also, I got to do a meditation this morning with adults who are in recovery from mental health and addiction challenges…we meditated to love ourselves and then to love someone we love and then, simply, to love the whole world…“Let there be no suffering, let there be peace…”It was a simple whole-hearted ritual in a world full of simple whole-hearted rituals. They all count for something, those moments held in finding peace.Then I facilitated a class in which I discussed schizophrenia and mental health stigma. I introduced, in an acknowledged off-topic comment, that I believe schizophrenia to be the result of traumatized networks of association (sense) and processing of the sort found in those with synesthesia. I believe that this should be looked into and that I really ought to be given some credit. Really. Check it out. It holds in all directions and explains not only the etiology, but also offers a framework for insight into the specific neurophysiological triggers of sensory disorder, as seen in hallucinations.


Oh, the delusions? That has something to do with dopamine being kicked out of whack as part of the havoc of imbalance that stress – i.e. Trauma,        be it sustained or acute,        implicit or explicit(implicit being trauma inflicted upon self, by action, feeling, or idea and explicit being trauma inflicted upon self by a force outside of oneself, such as family, psychiatry, and abuse in any form)…and something strange does happen when we have high levels of dopamine in our systems, and by ‘we’ I mean human beings, and that something is akin to belief. Which is why all of this is, in a way a spiritual issue, because we, as humans, are being given drugs that staunch our dopamine levels and affect, as anyone who has ever been on antipsychotic medication, our ability to believe in anything at all.Also, the trauma associated with being at odds with the world you live in – with emotional, sensory, and cognitive conflicts with the status quo de jure – creates a disruption in reality. They tell you you’re crazy. You say, “No. I’m not.” They begin to treat you as if you are crazy. You begin to feel upset. Everything seems so uncertain. You are scared. You don’t know what to believe in, but your real life is becoming a little unbelievable and so you listen to the radio more. At least it’s nice to you. You make up stories and, because you are trying to figure out why everyone is acting so weird, you start to consider all the possible explanations and outcomes.Depending upon your chemical-cognitive-emotional state at the time, these conjectures of thought may take the form of the lofty adventures with people of your wildest dreams, or of a secret purpose that you must fulfill…or they can be terrifying, if your reaction to fear is one that is pervasive and threatening and if you have been living in a state of fear for a very long time.What does this have to do with May Day?Everything. 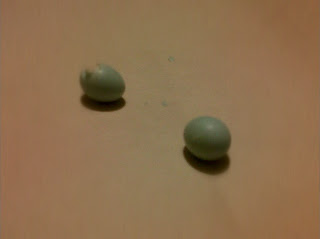 Today is May Day and International Workers Day.* I celebrated by going to work, although the expectations of the General Strike called on me to eschew my duties in solidarity with workers of the world.I’d get in trouble if I didn’t show up. I’d have some explaining to do. I’d have to make up an excuse. I’d have lie.I didn’t want to go when I thought about these things. Why should I have to go?Oh, yeah…because it’s my job. If I don’t do it someone else will have to. My coworkers? I don’t feel especially comfortable with that, given that they work full-time and I only part-time. I choose to work part-time because I don’t really have much of a choice. I don’t tend to do well in non-diversified full-time employment. Invariably, I end up in the hospital when I work full-time. I think it has something to do with being too busy to really pay much attention to what’s going on in my life, it has something to do with getting tired and not being able to rest, it has something to with the feeling overandoverandover again of not having a choice. It has something to do with hearing the same phones and sitting under the same lights and stocking the same shelves day after day after day. It has to do with doing things I do not want to do. I don’t manage coercion, no matter how soft, very well at this point in my life…in work, in love, in almost anything, I don’t like to be told and I don’t like to be sold.It is mildly concerning that May Day traditions in the United States have become so unilaterally defiant that the flyers for the General Strike suggested that we not send our children to school, that we abstain from our jobs, that we purchase nothing and not spend any time in commerce. I get the point. I called such an action “Just Stop!” – the perfect grinding halt to the machine that has all but consumed our sense of true humanity, the culture and economies that tell us our lives are worth little more than labor and a wage.Yes, I do wish everything would just stop, hit restart with some sort of a strategy for fixing this godawful mess that we call the 21st century, this godawful mess that we’ve made.In the meantime, people seem to be a little slow on the uptake of notions regarding this necessary action, cease and desist. They do not realize that if we all acted collectively, we could could very well take back the course of history. Yes, I understand that is probably sounding a bit idealistic. However, I fail to see why. If you were a member of a species that had somehow done an epochs worth of damage in the past 100 years, if you were a member of a species that had allowed chemical companies to knowingly alter the human genome…(Don’t you dare call such acknowledgment eugenics. It is not eugenics, it is basic science and we’re all f*cked if this keeps up much longer.) (No, that is not being alarmist.  That’s being realistic.  Realistically, I am alarmed.  Of course, I’ve been alarmed for a long time and so I am somewhat used to the notion that
we’re all gonna die!
If you were a member of a species that held the unique accomplishment of being the only animal in existence that premeditates atrocious acts of orchestrated violence upon members of the same species (and all others)…

If you were a member of such a species and, if you’re reading this, you are…well, what if you woke up one morning and looked around and saw things for what they really are, saw who was responsible and how…what if you looked in the mirror and you had no idea who you were and for what purpose…

Modern humans are some of the saddest creatures on the planet. Perhaps dolphins may be more sad at this particular juncture in time. What we have allowed to become of us and of our world is absolute blasphemy to any good that was ever in the world.

That is why I fight.


I wish that everyone had celebrated May Day. I do so with my feet in cool fountains and the thought of a 1,000 guitars.

* May 1st is also Law Day in the United States. Really. Law Day.

One thought on “May Day vs. Law Day”